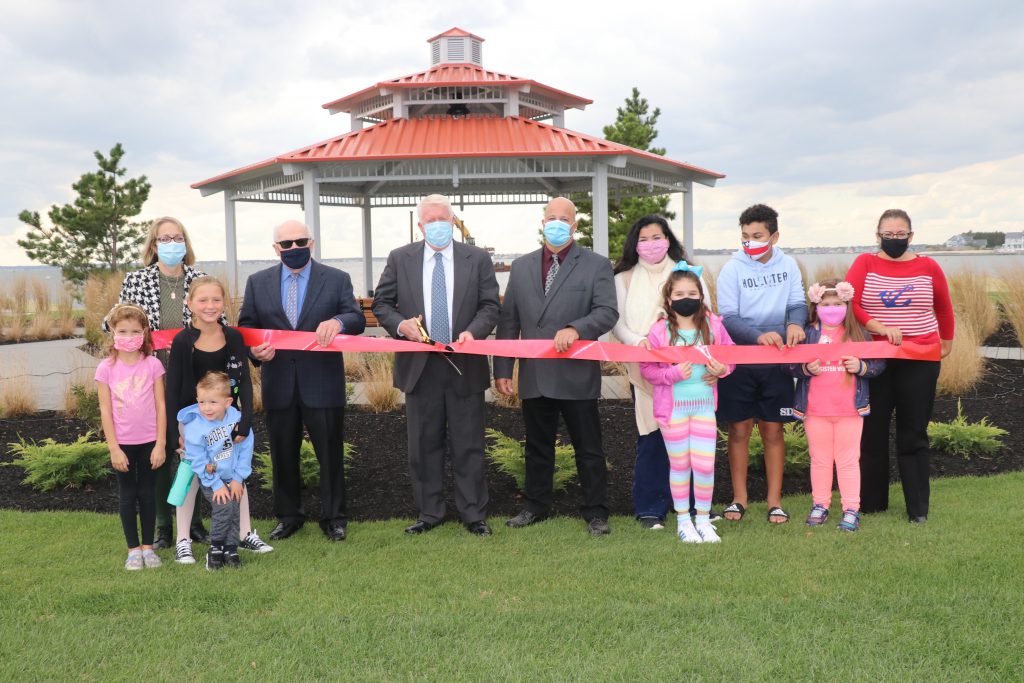 On Monday, October 5, Mayor John G. Ducey and the Township Council joined members of the community at the ribbon cutting for the renovated Bayside Park. This is the seventh park improvement project completed during Mayor Ducey’s term.

“This ribbon cutting has been a long time in the making and we cannot be more thrilled with how the renovation of Bayside Park turned out,” said Mayor Ducey. “The park is filled with great amenities and will offer residents and guests to Brick Township a place to spend sun-filled days fishing, crabbing or a number of other activities in one of the most beautiful locations on the Barnegat Bay.” 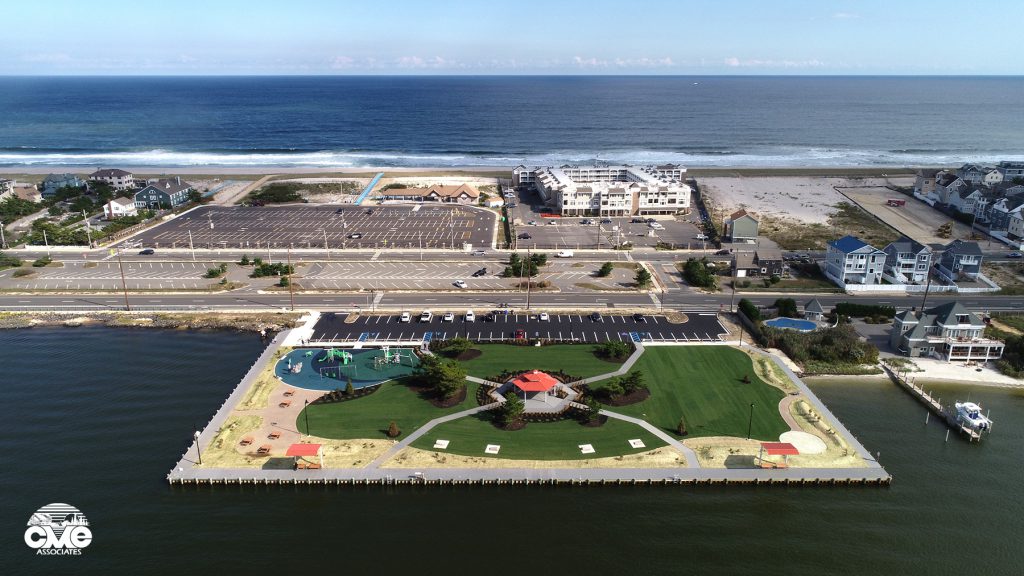 Bayside Park is located on Route 35 South opposite Brick Beach III. The improved park includes a new gazebo, an enlarged and improved playground with safety surface, a new picnic area, new benches and shade structures on the boardwalk, bait tables for people to fish and crab, a concrete patio for activities and two concrete cornhole games. A new boardwalk was previously installed on the site. The project also included landscaping and installation of sod and an irrigation system.

Bayside Park suffered extensive damage during Super Storm Sandy in 2012. In the subsequent years, the park was used as a staging area for recovery projects such as the dredging of Barnegat Bay and the beach replenishment project. The Township waited for those projects to be finalized before moving forward with the renovation design and construction.

The cost of the renovation project was $722,022. The winning bid was submitted by Precise Construction of Freehold, NJ. Precise previously completed the Herbertsville, Angela Hibbard, Hank Waltonowski and Bernie Cooke projects. CME Associates designed the park and served as the consulting engineers for the project. The Township has applied for Green Acres funding to offset the cost of this and other park projects.