When Mayor John G. Ducey took office on January 1, 2014, he made bringing fiscal conservatism to town hall his top priority. The previous decades had been marked by explosive growth in both municipal spending and taxes. Through the implementation of cost saving measures and policies and a dedication to fiscal prudency, the Ducey administration has succeeded in slowing that growth and making town hall more fiscally conservative and making our long term financial outlook stronger.

In the ten budgets prior to the commencement of Mayor Ducey’s administration, the municipal budget had grown $41,371,989 – a total growth of over 72%. This is an average of over $4.1 million a year.

The total spending growth over the first six budgets of Mayor Ducey’s administration has been $5,791,083. This is a total growth of roughly 5.9% and an average of roughly $960,000 per year. The average annual increase under Mayor Ducey is 77% smaller than the average increase of the previous decade. 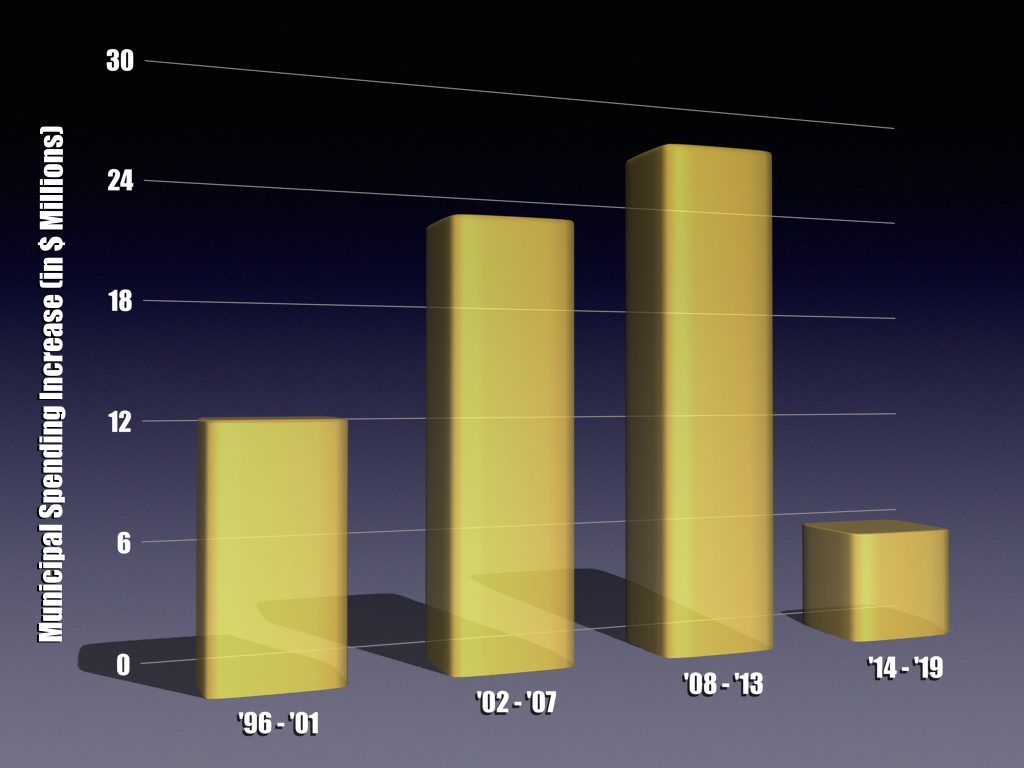 Over Mayor Ducey’s six budgets, the tax levy has increased $8.8 million or roughly 13%. This is an average of about $1.4 million a year. The average growth of the previous decade was $3.06 million per year.

Over the past six years, the township’s net debt has been lowered by $23 million – a reduction of 13%. The township is on track to reduce that debt another $3 million this year which would bring the total reduction in debt to over $26 million. This would be a 15.3% reduction from when Mayor Ducey took office.

One of the financial achievements of Mayor Ducey has been the restoration of the township surplus. A healthy surplus is indicative of the fiscal strength of a municipality.